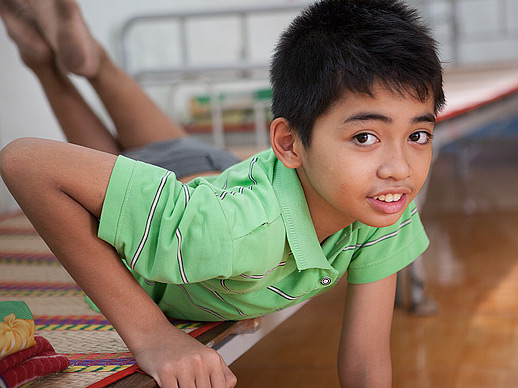 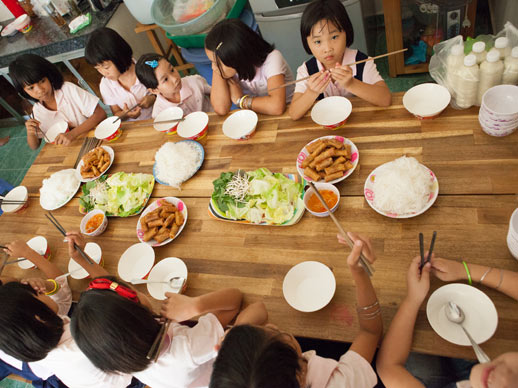 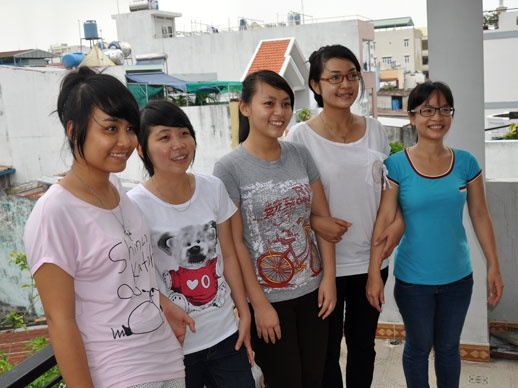 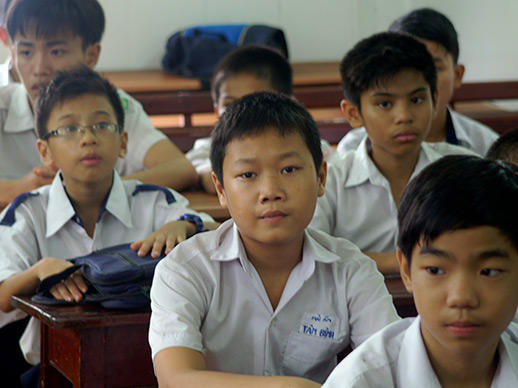 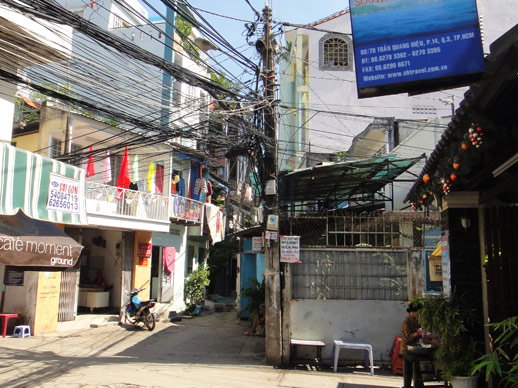 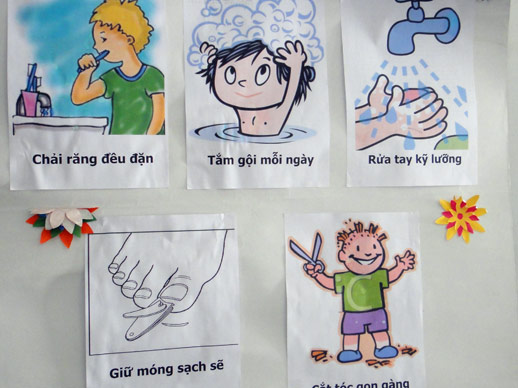 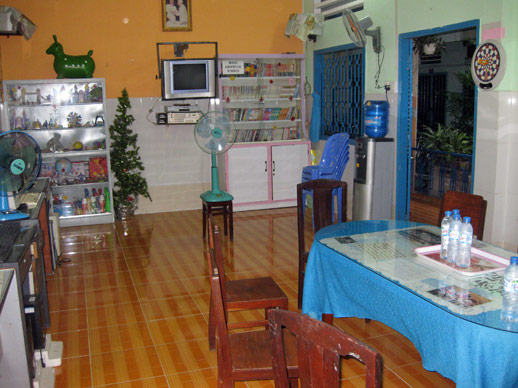 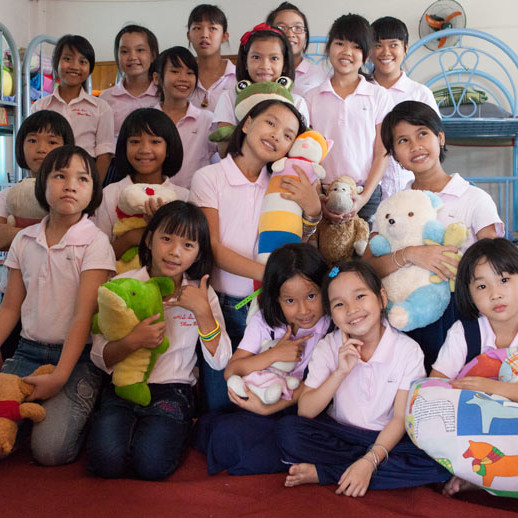 What does a day in a shelter look like..?

In Vietnam the alarm clock goes at 6 a.m. It’s light and it gets hot quickly. The female cook has been to the market and after washing and getting dressed a typically Vietnamese breakfast awaits. Brushing teeth and off to school! Half of the children go to school in the morning and the other half go in the afternoon. The ‘kids back home’ receive lessons in the shelter. Lunch takes place at home between 11 a.m. and 1.00 p.m. and bikes and cyclos (bicycle taxis for the little ones) come and go. After lunch tranquillity returns and the other half is at school. Time for in-house English lessons and computer lessons. When everyone is at home the homework is done and there is time for sports, playing and relaxing. Vietnam has a 6 day school week, Sundays is for relaxing, sports and culture 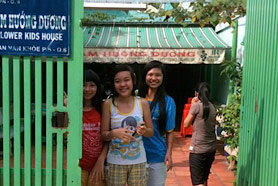 The first K.I.D.S. house was built in 1999 and was provided with new floors and paint in 2011. 26 girls between the ages of 5 and 17 find a safe home here. In the heart of district 6, 20 minutes by taxi to and from the centre, 5 minutes from the schools ànd the municipal swimming pool! 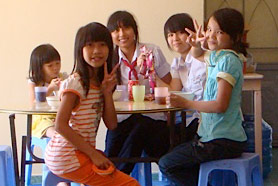 The second house, an hour’s drive from the city, is in a lovely suburb surrounded by greenery. The distances are greater here, but every day 26 girls enjoy living in their lovely house with its spacious playground built in 2006. 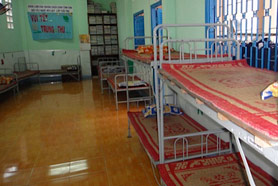 Once it used to be Julius Jaspers’ prime example house, and after the death of co-founder Jean Houleiman in 2008 it became part of K.I.D.S.. Lemon Grass House is situated in the Red Cross district 3, which is 10 minutes from the centre and at present it houses 26 boys. 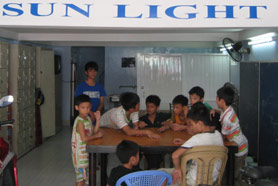 Since January 2012 this house has been managed by K.I.D.S. The house can accommodate 20 boys and is situated in district 2, which is 20 minutes-drive to and from the centre of Ho Chi Minh City. In November 2012 the house was re-painted by volunteers from the Netherlands. We are very proud of the result, the house looks beautiful again. 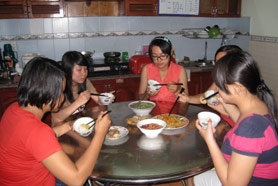 In 2012 K.I.D.S. started with the SPI Study House. The girls living in this house have come from one of the K.I.D.S. shelters. They do a follow-up course at college or university. Their study comes first, but they also prepare their own meals and help with the cleaning. In short the girls in the SPI Study House are supported whilst on their way to an independent life.

How can you help? 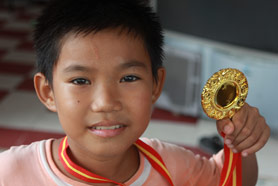 Donate and make a difference to a street child in Vietnam. Large or small amounts, all donations are welcome!