In 2014 the volunteers from K.I.D.S. and the staff of the shelters devoted themselves to providing a safe and pleasant home for the children. K.I.D.S. offers the children shelter in well-kept houses and see to it that they receive healthy meals, medical care and schooling

The main task of K.I.D.S. is the reception and daily care of the children in the shelters. In 2014 the basic care costs for a child averaged USD 830,- per year. This is an increase in the costs compared to 2013, when the basic care costs amounted to USD 725,- per child. This increase is due to the rising cost of living in Vietnam and the related increase of the salary costs for the staff in the shelters. The unfavourable exchange rate of the Vietnamese Dong against the dollar also contributes to higher costs. Besides the costs for basic care K.I.D.S. has extra annual costs a.o. for additional courses and (exam) training for children and for a short holiday in the hot summer months. Also the costs for (major) maintenance to the houses are not included in the basic budget. The average costs in the SPI Study House were higher (approx. USD 2,368,- per child) this due to the relatively expensive housing and education programmes which the students follow. Besides the above mentioned costs K.I.D.S. tries to help out in cases of emergency. 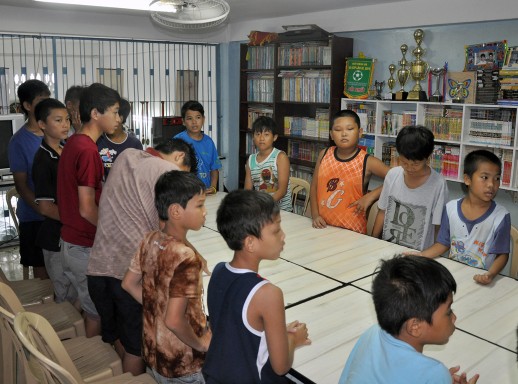 The number of children that is cared for in the shelters fluctuates throughout the year, children who can go back to their family return there and new children move in. On average 115 children stay in five houses. At the end of 2014 this amount was slightly lower with 106 children. Almost all the children went to school. Occasionally children did an internship, or received education in the shelters, the reason being that they were illiterate when they moved into a K.I.D.S. home. Several children received tutoring or special exam training in 2014

The targets K.I.D.S. had set for 2014 have largely been realised.
Extra attention is paid to the quality of the English lessons. The kids in Sunflower House and Lemongrass House have English lessons 3 times a week via AMIS (Australian American International School). These costs amount to USD 280,- per month per house. The kids in Sunflower House started with this English course from 1 July and in Lemon Grass from 1 December. For both houses a contract was closed for a year. In the other houses the children have English 2-3 times per week from professional Vietnamese teachers.

In general the children are in good health. In 2014, several children visited a doctor and needed medication, e.g. for a persistent cough, flu and such. A boy in Sunlight House broke his arm when playing football. Special attention was paid to three new children that had psychological problems; a girl in Sunflower House and two boys in Sunlight House. These children paid a visit to the psychologist. All three are doing well now. Living in a safe environment and the contact with other children seems to contribute positively to their further development.

At the end of 2014 there were 8 girls living in the SPI House and one student was doing further education and living with her family. The objective to increase the number of girls in the SPI House is thus not achieved. This had do to with the fact that hardly any girls moved on from the other KIDS shelters or from other WOCA houses. For 2015 the plan is that 5 girls will go from the shelters to the SPI House. Whether this will actually work out depends on whether they pass their exams and will be admitted to the desired further education programme. . 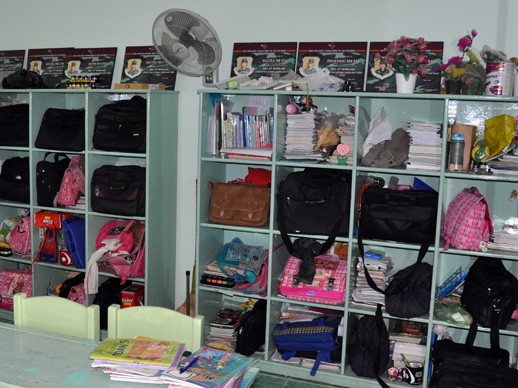